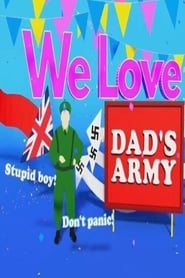 The story behind one of the best loved British sitcoms ever made, from humble beginnings to smash hit. This show celebrates all of Dad’s Army’s iconic catchphrases, the hilarious stunts, and goes behind the scenes to discover what happened when the cameras stopped rolling. Former cast member Ian Lavender reflects on the show, and there are also contributions from Jonathan Ross, John Thompson, Al Murray, Eammon Holmes, Kelly Holmes and many others.